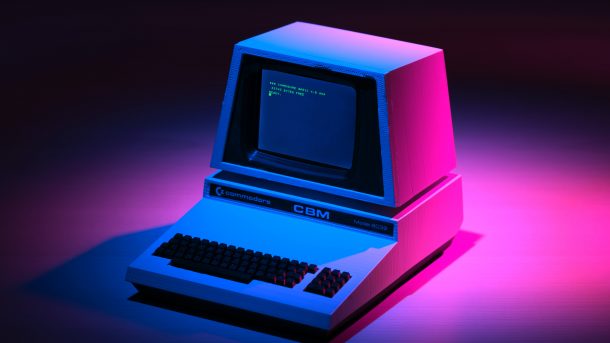 Everyone involved in programming has to deal with different types of programming languages at some moment in time. It is valuable for beginners to have a basic understanding of the meaning and use of each type. By knowing about the advantages and disadvantages of each type, you can make smarter decisions in which languages to learn and to apply.

If you are completely new to programming you can take a look at this article.

High and low level programming languages are distinguished by looking at the amount of abstraction they have. Abstraction is simplifying the technical details so only the general concepts remain. The goal of this is to make the language easier to understand and work with.

A simple example of abstraction is using a microwave. You can give it general commands by just touching a button, like start, stop or pause. By using the buttons you can use the microwave to heat up food. The technical process inside the microwave is hidden from you and is executed automatically without you having to know about it.

Low level languages are closer to the technical process and the language or code a computer can directly execute. So they have a low level of abstraction. Adding more abstraction, removes technical details and leads to a language becoming more high level.

Machine language consists of binary code, values of ones and zeros. It is the language that can be processed by a computer to actually execute commands. All higher level languages have to eventually undergo some form of translation into machine language.

A single binary value is called a bit, while a set of 8 bits is called a byte. Binary data takes a lot of space and can be overwhelming when displayed. Hexadecimal code is sometimes used to “compress” binary data to make it better readable.

Writing machine language directly is not realistic, because it requires a huge amount of work with little gain and is also very prone to error. Machine language simply looks random and can not be interpreted by the naked eye.

An assembly language is more abstract than machine language. It uses combinations of letters, so it starts to look like human language. These combination of letters are specific instructions to be executed by the CPU, the “brain”of a computer. The letters are also called mnemonics.

There are different assembly languages. The specific language used is dependent on the CPU architecture. Different architectures exist, for example the x86 architecture of Intel.

However because of the low amount of abstraction, everything has to be specified which is time consuming and leads to long development time.

Code is built on a series of procedures, series of steps that execute in chronological order. You have to work with two basic elements: functions and variables. This makes procedural programming easy to understand and apply.

A major problem of procedural programming is the high dependence of the different parts of code. Adjusting and improving code is difficult. Mistakes in the code have big consequences. A non functioning sequence leads to the whole program not functioning, as the code sequences depend on each other.

Higher level languages, like procedural languages need a compiler or interpreter to translate the code into machine language. This is necessary, because as mentioned before this is the only language a CPU can process.

A set of classes is called a library. The ease of reusing parts of code makes it very efficient to write complex programs. Programmers can reuse a constructed library or libraries constructed by other programmers.

Object orientated programming is a solution for the interdependence of procedural programming. The organization in classes makes it easy to apply changes and constantly adapt the code.

To better understand object orientated programming you have to get four main concepts: Inheritance, encapsulation, abstraction and polymorphism.

Encapsulation refers to the protection of sensitive code from being accessed wrongfully. By organizing code in objects with different methods and properties, access can be regulated. Access to only necessary parts of code can be giving while shielding sensitive parts.

With inheritance objects can take over properties and methods from other objects. This way objects can interact with each other.

Abstraction is nothing more than hiding specific details and keeping the general commands. You then get a better oversight and more simple code.

Polymorphism is a bit harder to understand. The general idea is to make the code more adaptive by letting an object take different forms depending on the input given.

We use cookies on our website to give you the most relevant experience by remembering your preferences and repeat visits. By clicking “Accept All”, you consent to the use of ALL the cookies. However, you may visit "Cookie Settings" to provide a controlled consent.
Cookie SettingsAccept All
Manage consent

This website uses cookies to improve your experience while you navigate through the website. Out of these, the cookies that are categorized as necessary are stored on your browser as they are essential for the working of basic functionalities of the website. We also use third-party cookies that help us analyze and understand how you use this website. These cookies will be stored in your browser only with your consent. You also have the option to opt-out of these cookies. But opting out of some of these cookies may affect your browsing experience.
Necessary Always Enabled
Necessary cookies are absolutely essential for the website to function properly. These cookies ensure basic functionalities and security features of the website, anonymously.
Functional
Functional cookies help to perform certain functionalities like sharing the content of the website on social media platforms, collect feedbacks, and other third-party features.
Performance
Performance cookies are used to understand and analyze the key performance indexes of the website which helps in delivering a better user experience for the visitors.
Analytics
Analytical cookies are used to understand how visitors interact with the website. These cookies help provide information on metrics the number of visitors, bounce rate, traffic source, etc.
Advertisement
Advertisement cookies are used to provide visitors with relevant ads and marketing campaigns. These cookies track visitors across websites and collect information to provide customized ads.
Others
Other uncategorized cookies are those that are being analyzed and have not been classified into a category as yet.
SAVE & ACCEPT